HBO released a mobile app for iOS and Android that allows subscribers to watch select episodes of HBO Max before they subscribe. The new feature is part of the company’s effort to make its content more accessible. 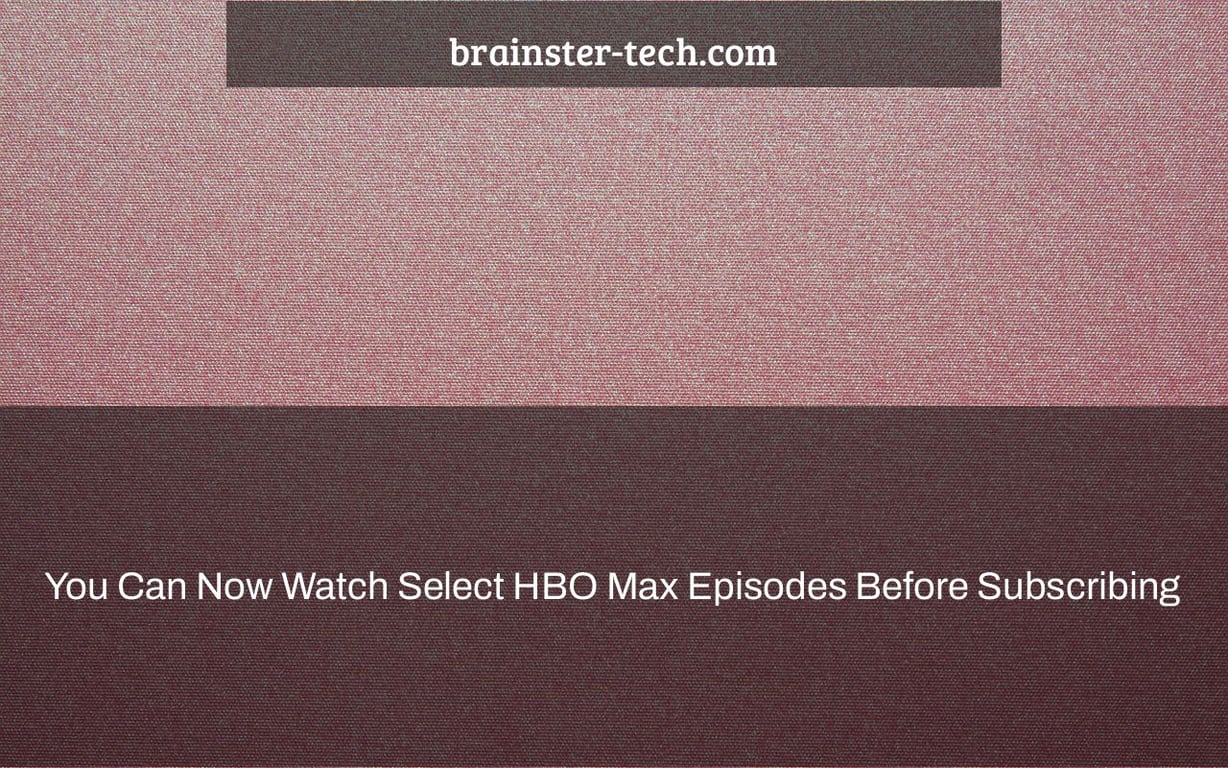 HBO Max now enables prospective customers to see free previews of selected shows before committing to the subscription. This comes after HBO Max gave Snapchat users a similar option, letting them to view certain episodes for free on the Snapchat app and even with friends.

HBO Max looks to be gaining traction, due in part to its exclusive original programming and the option to view Warner Bros. films the same day they are released in cinemas. A monthly membership, on the other hand, costs $14.99, making it one of the most costly standalone services. Although HBO Max has subsequently created a less expensive, ad-supported tier, it has several restrictions when compared to the regular subscription option, such as the loss of same-day theatrical premieres.

HBO Max has begun enabling customers to view episodes for free in order to entice new members. With the free episodes accessible to view inside the HBO Max app, unlike the Snapchat move, no third-party app is required. Of course, this requires the user to download the HBO Max app on one of their devices, which is likely to be a necessary first step in the process of signing up for a subscription.

HBO Max has stated that the ‘free experience’ will be restricted to 13 episodes at first. They are, however, episodes from popular series on the site, such as Batwoman, Game of Thrones, Euphoria, Lovecraft Country, and The Flight Attendant.

While the majority of each show’s free episodes are limited to the pilot episode, WarnerMedia did state that the list of free episodes will vary over time. For the time being, folks in the United States are the only ones who can view HBO Max episodes for free.

While enabling customers to see some of its original episodes for free is a good step, it’s not the same as a traditional free trial. HBO Max used to provide a free trial, which it still does if you subscribe via YouTube TV, but it was pulled from the service last year for those who signed up directly. The opportunity to now view some episodes for free looks to be a method to give people a taste of HBO Max without having to pay for the whole experience.

WarnerMedia is the source of this information.

Any HBO Max users who received a “integration test email” recently should ignore it since it seems to have been sent in error. HBO Max is a popular streaming service with over 40 million subscribers, and it’s just going to become bigger. Partly as a result of the introduction of a more cheap $9.99 per month plan, but also as a result of the recently announced plans to extend the streaming service’s global reach.

It might be aggravating when anything goes wrong when there are so many subscribers. While a streaming service being down or experiencing technical issues in general is a more extreme example, things may also go wrong in more mundane ways, such as sending an email by mistake.

A “Integration Test Email #1” was sent to many, if not all, HBO Max members today. The email offers no additional information except the promise that “This template is used only by integration tests.” This is an email that serves as the basis for a test, however one that should have taken place in a controlled setting rather than in production, as the email body suggests. In this case, it seems that HBO Max’s internal testing and customer email lists clashed, resulting in the internal email being sent to genuine customer email addresses.

Customers with HBO Max, of course, do not have to be worried about the email itself. It has nothing to do with them and was never intended for them. Of course, some people may disagree to the use of consumer data in this way, but that’s a different issue altogether. For the time being, HBO Max users may ignore their Integration Test Email or head to Twitter, where the issue seems to be amusing, and figure out what the Integration Test is. Not to mention whether or not the HBO Max integration test was successful.

As a consequence, the emailing list seems to be far larger than previously thought, and not limited to either existing or terminated HBO Max users.

HBO Max has reacted to the email, admitting that it was sent in mistake. A Tweet stating that the Integration Test email was sent to a “portion” of the streaming service’s mailing list provided confirmation. HBO Max apologized for any inconvenience this has caused.

“By accident, we sent an empty test email to a portion of our HBO Max mailing list earlier this evening. We apologize for the inconvenience, and indeed, the intern was to blame, as the jokes go. No, really. And we’re here to help them get through it.”

HBO has recently released a new feature that allows users to watch select episodes of HBO Max before subscribing. The “hbo max continue watching not working roku” is a problem that many people have been having.

A: The answer to your question is that there are no current plans for HBO Max.

How do you select episodes on HBO Max?

A: HBO Max is an app that will let you watch all the episodes of your favorite series in one sitting. It also provides a timer which allows for easy time management before and during the episode.

Is a subscription required for HBO Max?

A: Yes, a subscription is required for HBO Max.